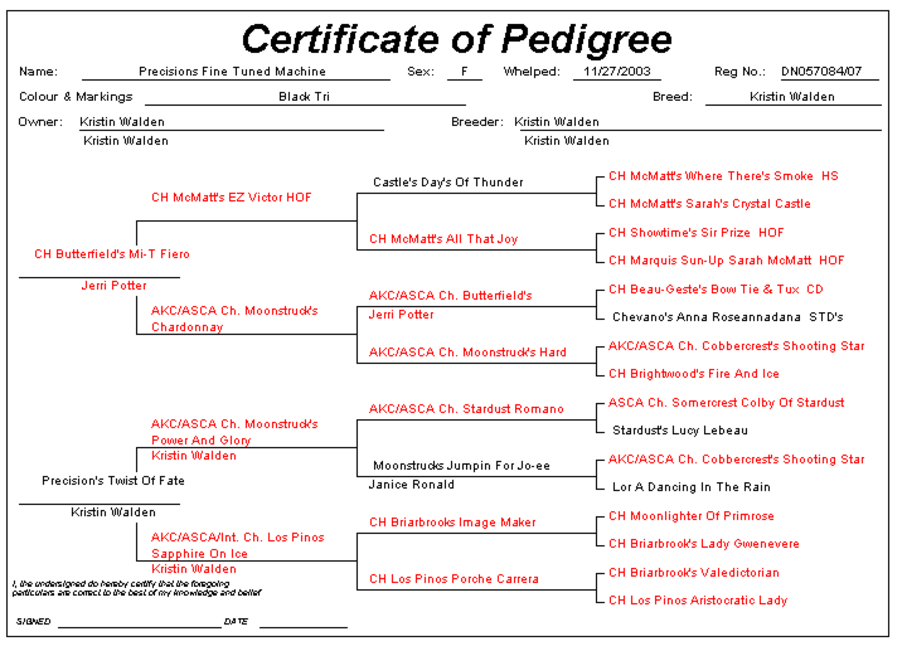 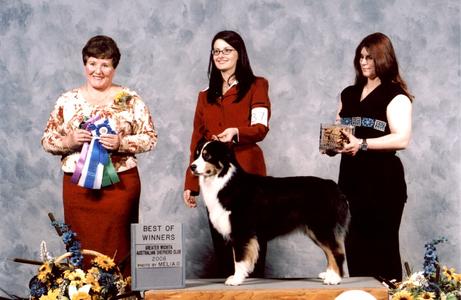 Harley is a very sweet girl that really takes after her dad. I guess you could say she is a tomboy. She has beautiful sidegait and topline, great foot timing, converges front and rear, has lots of bone, and a great head. She finished both championships easily and is now going on to do agility and maybe more herding.
Harley is now a certified therapy dog with Therapy Dog International. 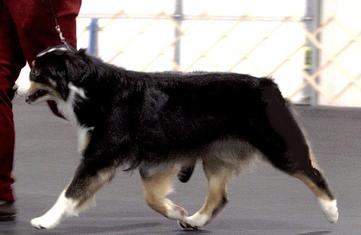